I have been using apache storm for some time now on rancher for two major reasons.

Since apache storm is not available in public catalog, this guide will help you get started in setting up storm topology on rancher and also how to protect the storm ui with some basic auth using the ha proxy on rancher. 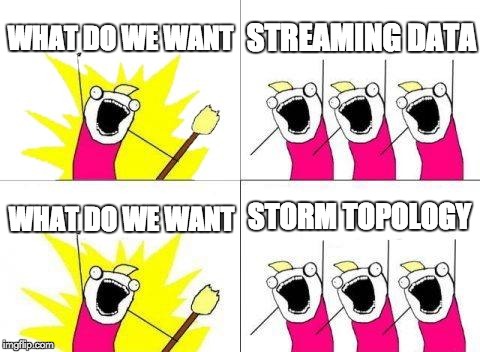 We will begin by adding a amazon ebs storgae driver to rancher so we can handle persistance for nimbus and zookeeper.

The very first service you should deploy is Rancher EBS from the Catalog: Library. 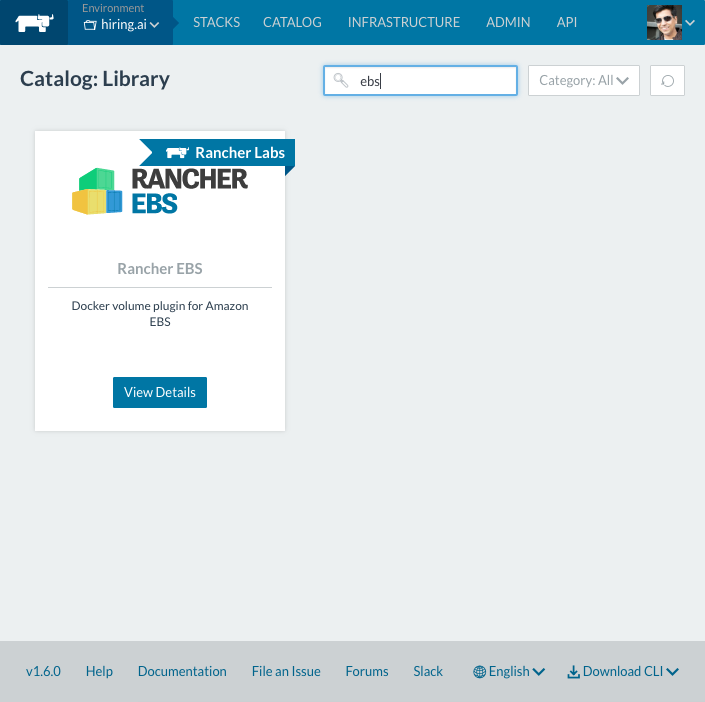 This is very straight forward and all one need to do is update aws acesss key and aws secret key from a IAM profie with at least ebs full access.

Click add volume tab on the right and update name (example storm-data or zk-data) and also Add Pair to the driver options and specify the size of the volume. 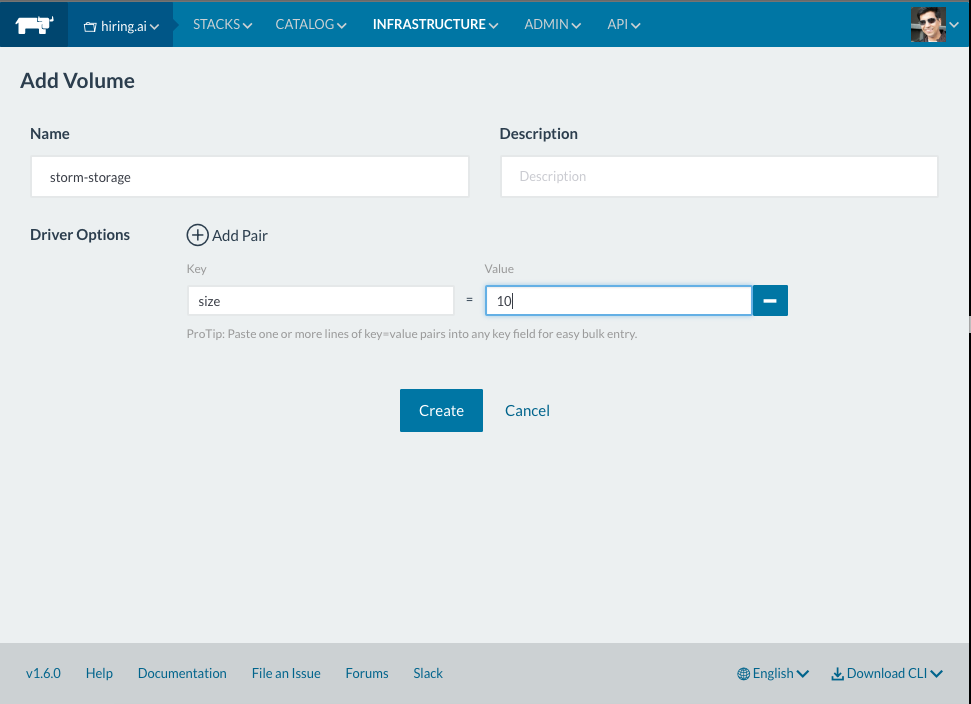 Just hit Create tab and you should see the volume visible under Volumes. Don't panic if you see inactive next to the volume, this is because we have not yet attached the volume to any service. Repete the above step and also add volume that we will use for zookeerper. 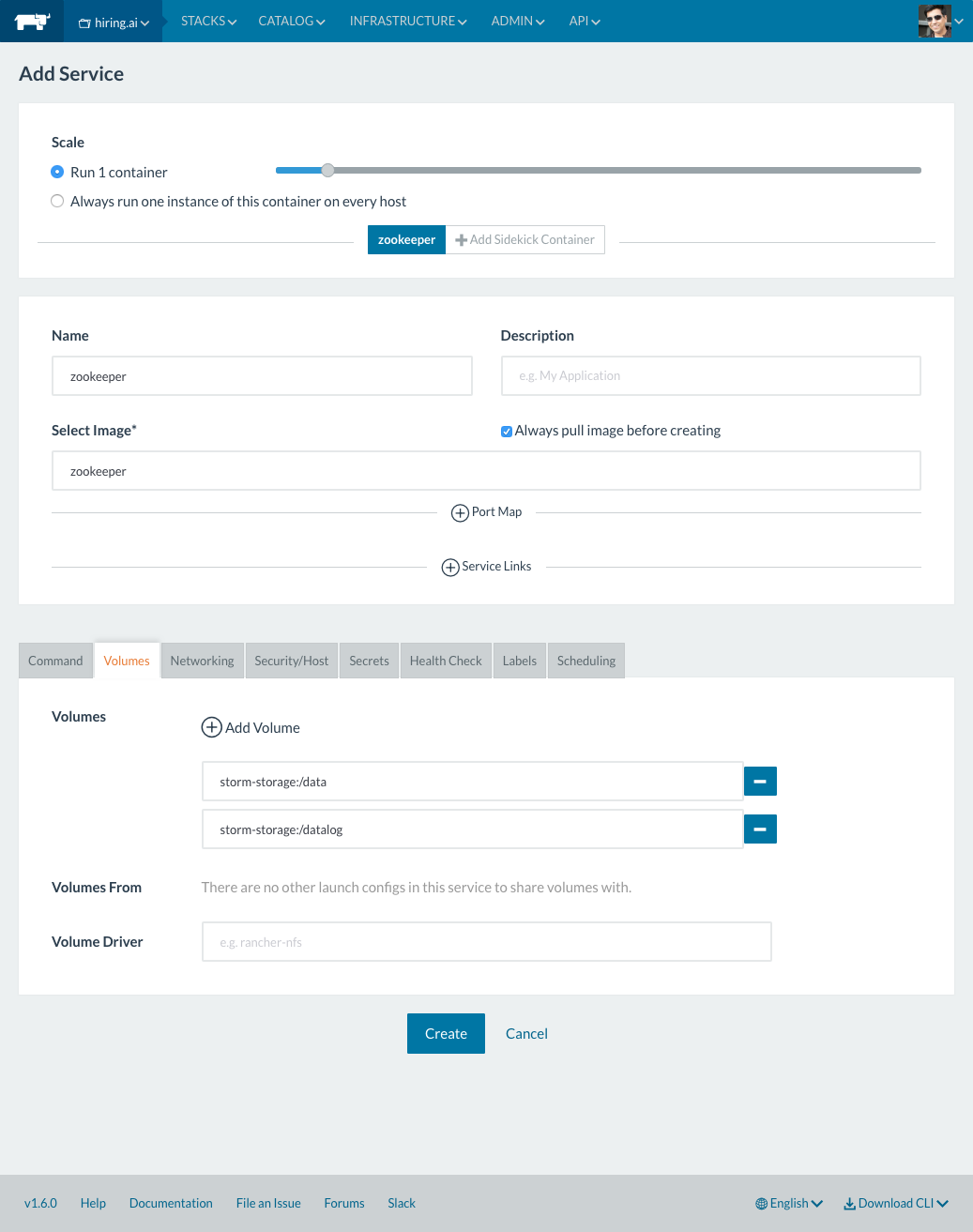 Addind storm container is very straight forward the very minimal confugurations that needs to be added. We just ensure that the services is pointing to correct zookeeper and nimbus node. we will just add storage to nibus node to ensure that in case the host running nimbus node is lost the topology jars are not lost when the nimbus node is recreated.

Next we add supervisor nodes to cluster. 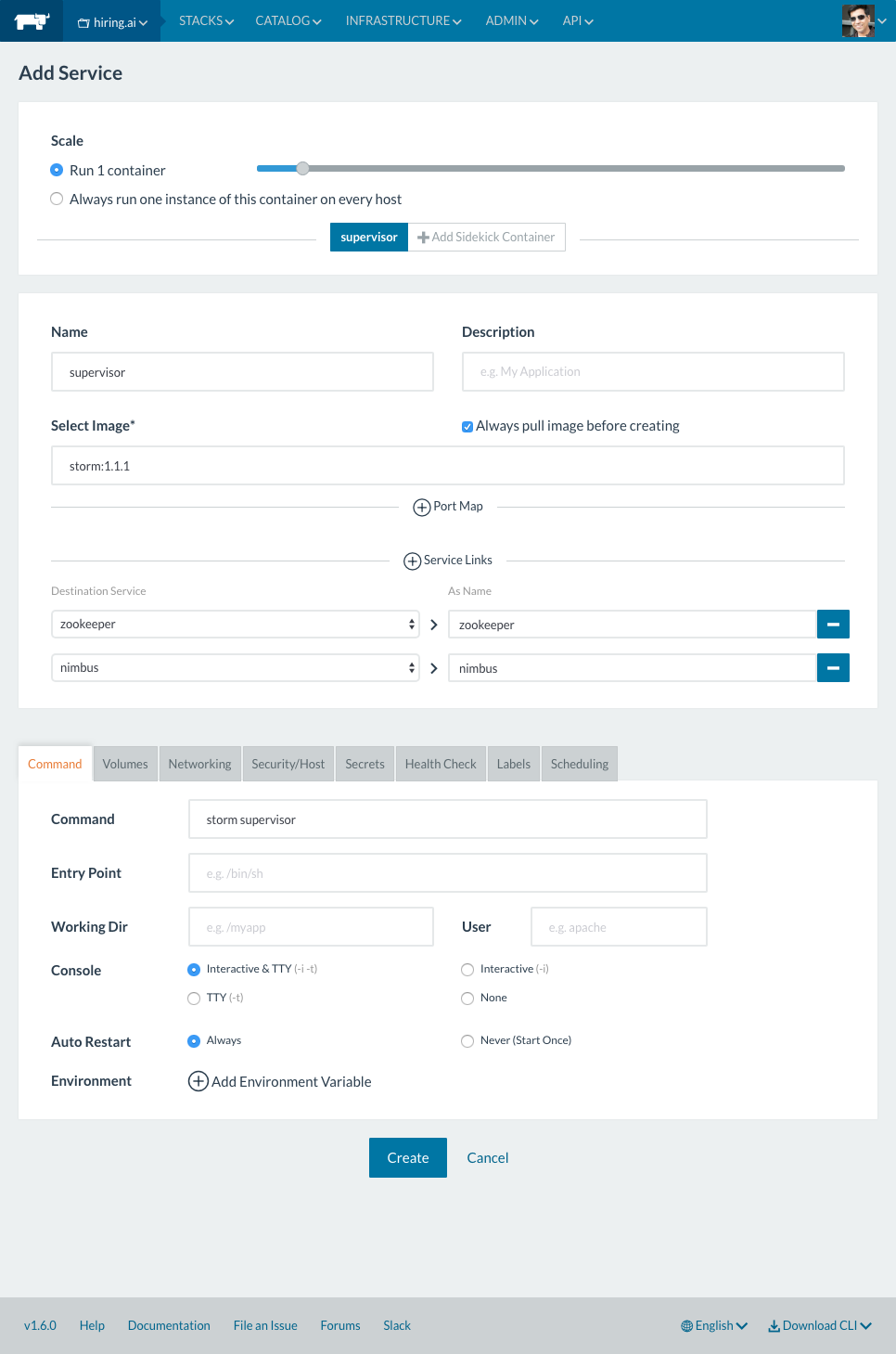 Next we add supervisor nodes to cluster. 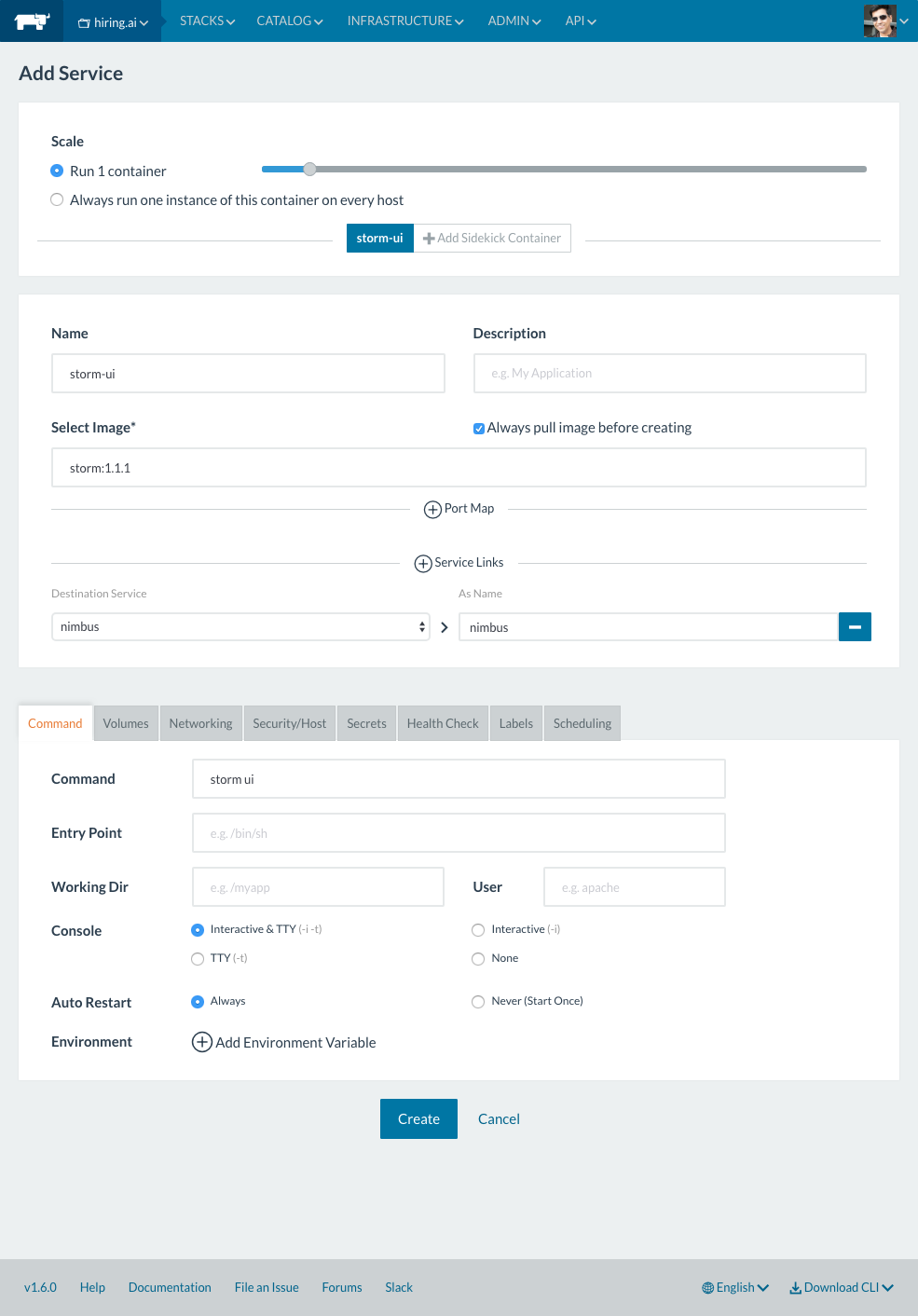 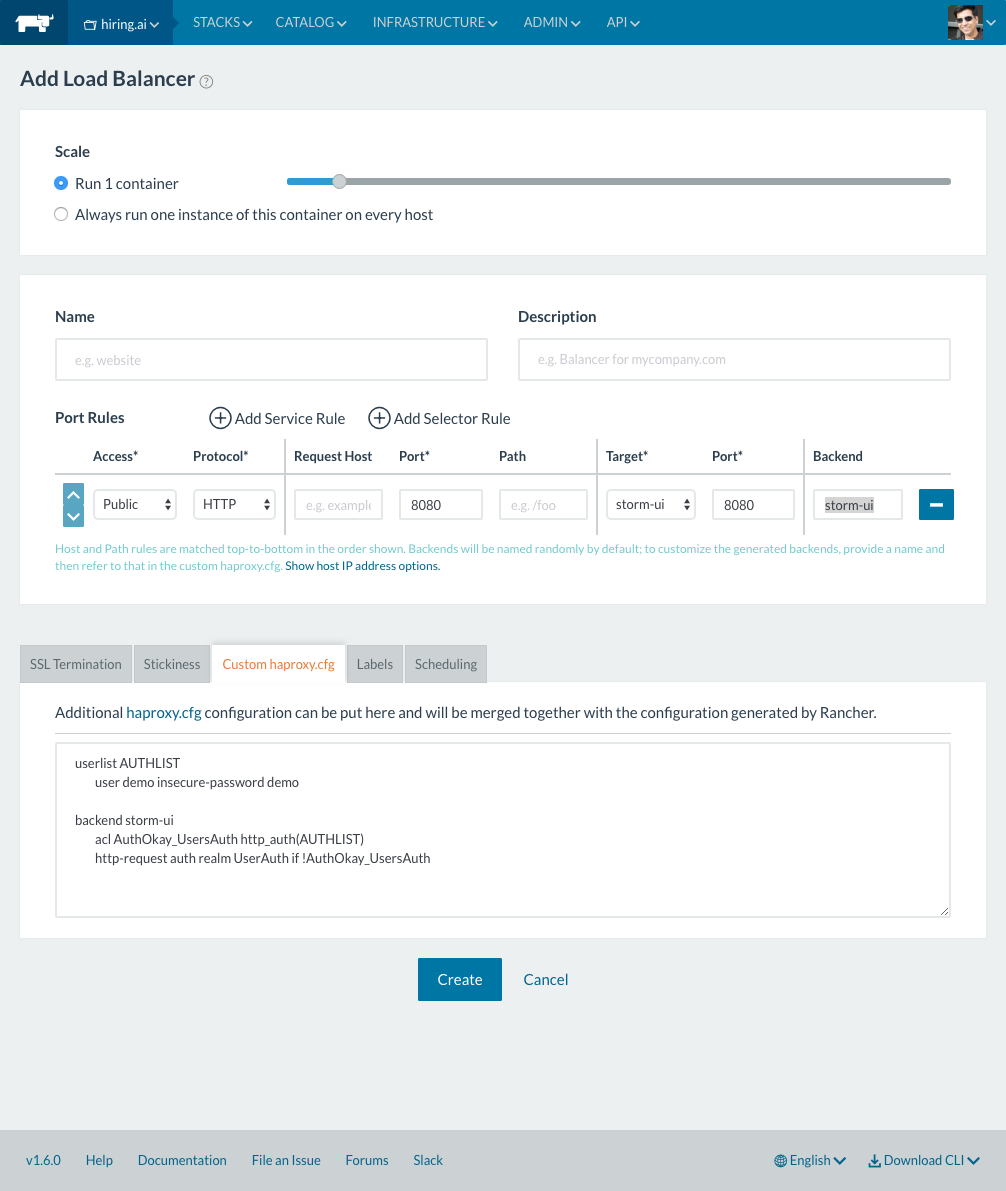 How do deploy topology.

There are two ways to do topology deployments. During my early days to working with docker deployments i was connecting to rancer cluster via rancher vpn and the doing topology deployments from my local developer box. however this is not scaleable and takes a lot of time. I came up with better solution, using drone to deploy my storm topologies, I will discuess this in another post on how i am doing continous deployments with drone to storm cluster running on rancher.